skip to main | skip to sidebar

Or, why did nobody tell me about this before?  The pattern for Rogue uses short rows for the shoulders instead of a stepped bind off.  What a difference!  It’s doubly good because (thanks to another fabulous article by Techknitter) I’ve finally managed to do some decent short rows.  With hidden wraps.  The purl ones weren’t as good but still quite reasonable.  Wahey!

Knitting and other updates

Rogue is coming along, I'm just finishing the upper back now, and then I can move on to the much more interesting upper front.  As I'm changing the neckline (no hood) this could get very interesting.  Watch this space.

Cairn number 1 is finished, but its a surprise so no photos.  Cairn no. 2 is currently stuck in the design stages - I might need to dye some wool for the second colour, shame.  Celestine is also coming on apace but again, no details as its a surprise.

A friend and I visited Fairfield Yarns the other week, which is a fab place - yarn heaven!  Like one of those secondhand bookshops with floor-to-ceiling and wall-to-wall books and only tiny aisles, this was the equivalent for yarn, complete with old coning machines and something clacking away in the basement.  I came back with some woolly DK and 4ply to dye.  I've been skeining it up, but I really need to get on and dye it.  Trouble is, most evenings are either taken up with meetings or I'm too exhausted to do anything or the kitchen is too untidy.  Fridays are essay writing / sleeping days, so not much happening there either.  Ah well.

We have survived the chicken pox anyway (just about, just a few infected spots to go, yuk) and are now coping with the adult tonsilitis that has followed, so I'm not feeling up to much at the moment.  It has to be said though that quite a lot of knitting has got done in the last couple of weeks, so it's not all bad. (We won't mention the cleaning.  Again.)  This morning I have the house to myself which is rather nice, and yes, I have done some work.  And some washing.  Must be feeling better.
Posted by Nikki at 12:01 No comments:

Nikki
I am the dyer behind Longdendale Yarns. I am married to Chris and have three (three! how did that happen?!) beautiful daughters, Hannah (8), Stephanie (6) and Rebekah (4). I love all sorts of craft, particularly anything textile or fibre related. When I'm not knitting, sewing or looking after children I can probably be found reading or baking or possibly just looking at the scenery... 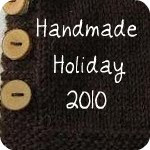